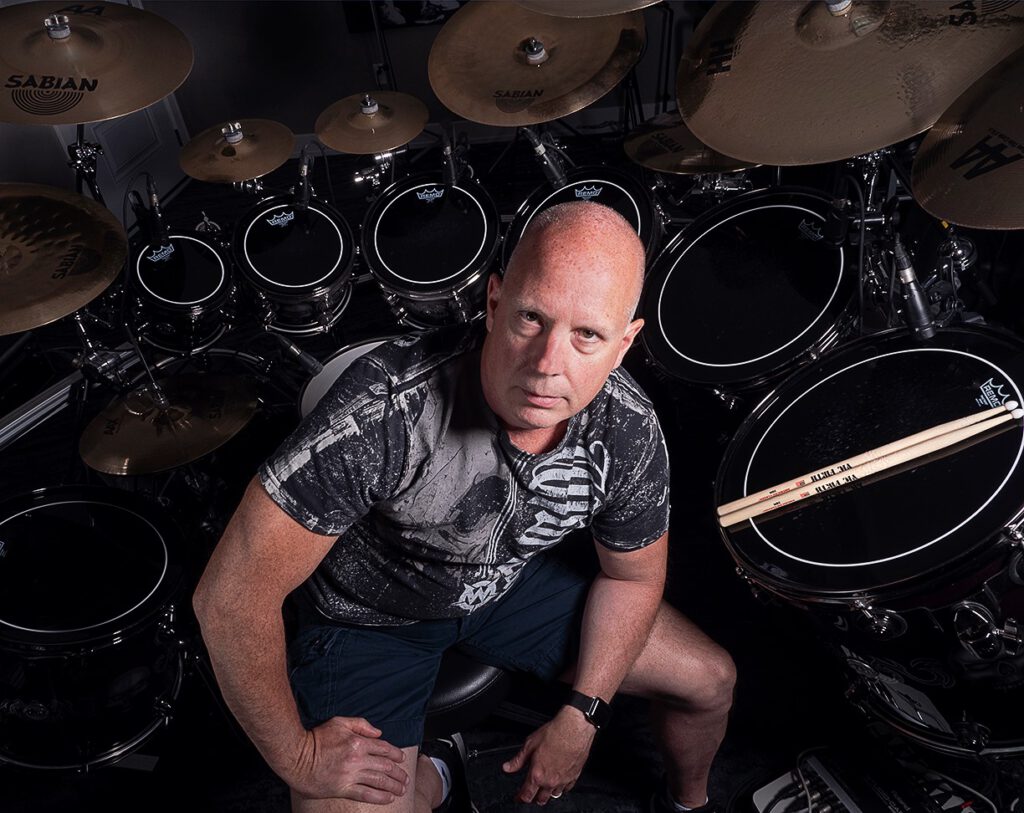 As a youth growing up in Fredericton, I was exposed to a lot of music at a young age thanks mostly to my father Wayne Nightingale, a member of the Diamond Trio, which has a long history of musical engagements including radio shows on CFNB in Fredericton, CBC in Fredericton and CHSJ in Saint John. The Trio also performed television shows on CHSJ Television and were regular guests on Don Messers’ Jubilee and on the ATV show “Up Home Tonight”. The Trio also made an appearance on the Nashville Television Network on a show entitled “You Can Be A Star”.

“My father was my inspiration… I wanted to be just like him….”

My father was a major influence. I was exposed to music at a very young age and like most young boys I wanted to be like my dad.

I was playing guitar by the age of four. I would hear him practicing all of the time – which led to me playing his guitar when he wasn’t home! One of the first songs I learned how to play (basically – I was only nine!) was “More than a feeling” by the band “Boston”.  I learned how to play the main verse riff and the chorus by ear.  When I was in grade four I took my fathers electric guitar and amp to school and performed “More than a feeling” in front of the school.  Needless to say some people were a little shocked I think (the guitar amp was bigger than me!).

I played around a little more the following years but I did not get serious about playing until I was the age of 16. 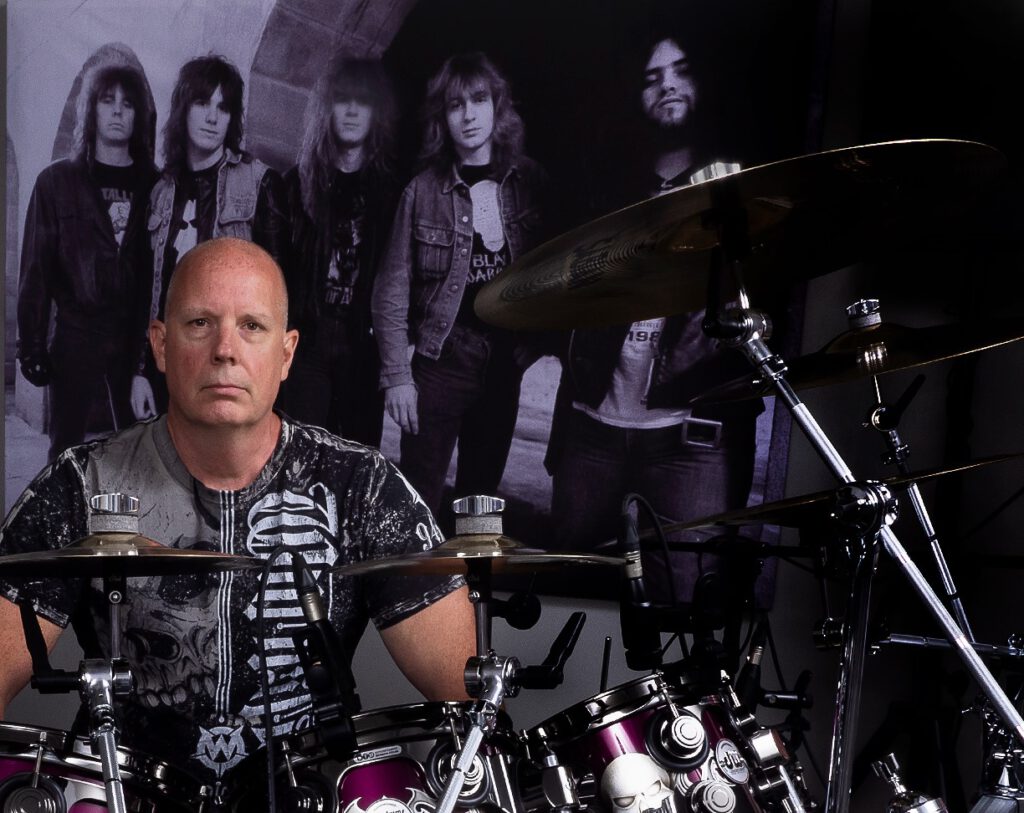 That changed the direction my life would take….” 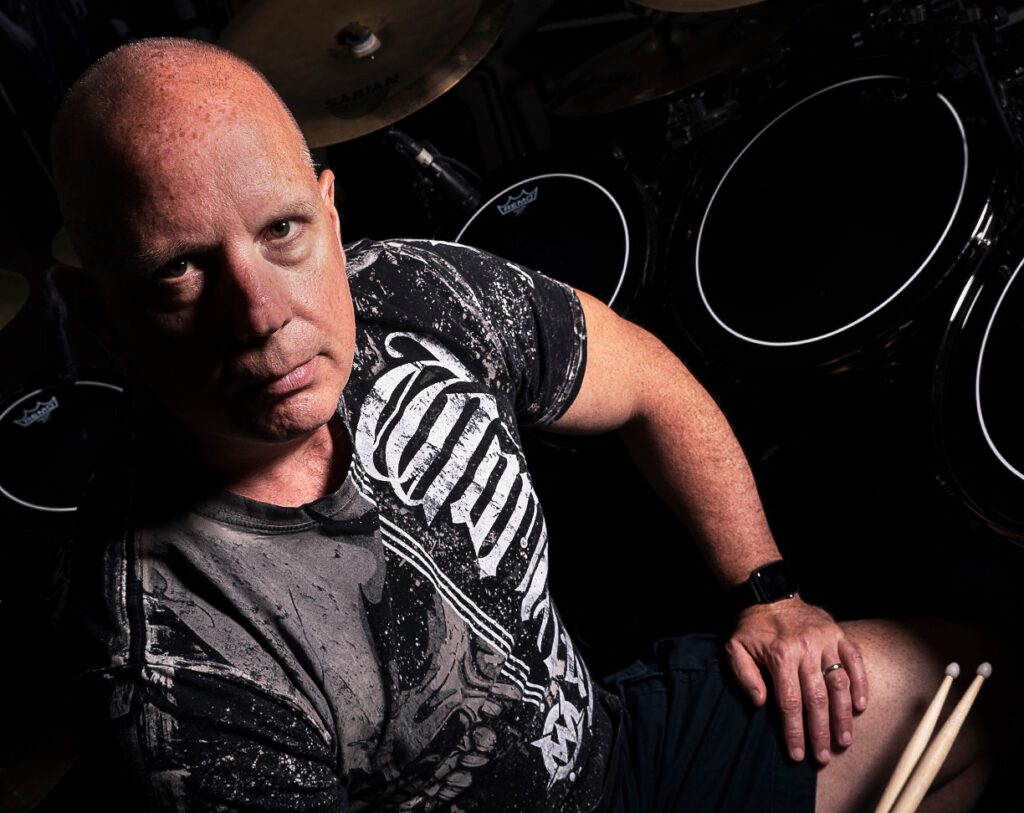 When I was 16 I would pretend to play along *air band* with Motley Crew videos and Van Halen videos.

I had a set of drum sticks and I would just pretend I was playing. One of my friends thought it looked like I was actually playing these songs and wanted me to try and play them on a set of drums. I rented a set of drums from Tony’s Music Box (for $25.00 if you can believe that); set them up on a Saturday Night; set up my cassette player; put in Van Halen’s “Jump” – a bunch of my friends watched as I played Van Halen’s Jump beat for beat. It freaked me [and them] out as I really did seem to know how to play drums and I had never even sat behind a set. I then played “Looks that Kill” by Motley Crew and once again – beat for beat I knew the song – which was all the evidence I needed to get started.

“My musical life would take another major direction shift…

One of my best friends said: You have to hear this!

One of my best friends came to my house one Saturday night and insisted I listen to this new band he just heard… I said: “who is it?”… he answered: “RUSH”…

He put on a song called YYZ from the Album Moving Pictures (RUSH). One listen and I was 100% hooked – never to be the same.

The very next day – after I rushed (sorry pun intended) out to buy the album – I signed up for lessons – where I would study hard for the next five years with the Sabian Cymbals Marketing and Communications Manager –  Wayne Blanchard.

I later took professional lessons from big band drummer “Buddy Pennington”. Buddy taught me finesse and patience. He brought my previous five years of training together – making sense of all that I had learned. Now I was free to learn as much RUSH as humanly possible with the gear I had at the time. Neil Peart was and still is my hero!!

Many bands and many fun times would follow. I lived on the road traveling from city to city for many years. One band I was in, Holy Order, was signed to a label based out of Surrey England and was sold world wide. In the early 1990s this was a major victory for someone from a small city like Fredericton, New Brunswick Canada – my home.